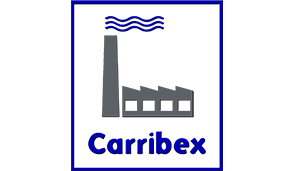 Carribex, previously known under the name “Usine à Mantèque” (USMAN) was founded by a group of Germans.  Its initial function was to process and export local cotton; the cotton seed was used to make cotton oil, the oil cake was used for livestock feed, and the filament was exported to Europe and Colombia.

Mr. Oswald J. BRANDT acquired USMAN in June 1927 and proved to be a dynamic administrator who, with great insight and pragmatism, managed to correct the previous management’s shortcomings, so that by the end of the nineteen thirties the company  reached annual export sales of 2,500 metric tons of cotton.

During the fifties, USMAN consolidates its position in the foreign market and ships a variety of products, mainly cocoa and coffee, to the United States, France, Belgium, Italy and Japan, and was able to occupy the first place among the exporters of these products, a position the company held until recently.

All these commodities having virtually disappeared, over time, USMAN took other orientations and got involved in the establishment of manufacturing facilities for products destined for the local market:  a cooking butter production plant;  the ‘ti malice” edible vegetable oil production plant;  a “mantèque” production plant (lard derivative) known as “Cream”; and a “APPOLO” laundry soap and El Gallo and Zass detergent plant.

On June 27 2004, USMAN changed its name to CARRIBEX. As the name suggests, the new company wants to widen its reach and open to other markets. It has recently received its Certificate of Registration from the FDA Food and Drug Administration, allowing it to export its products to the USA.

With 550 employees, CARRIBEX is now one of the strongest Haitian industrial entities with good business performance and satisfactory results.

Our mission is to develop, produce and provide Haitian and Caribbean consumers with quality staples that meet their needs. With our state of the art, professional quality control laboratory, we strive to meet government standards while applying analysis methods of international standards.

Maintain market leadership and continue to grow, innovate and stand out from the competition while promoting autonomy and accountability and developing our team’s proficiency.